I was searching for the alpha release of Firefox 2 (Bon Echo) and I landed in a link to Firefox 3(MineField). I guess the installable available at this link of Firefox 2 which I guess is used as base for the next version of Firefox i.e. Minefield. I went ahead and installed the same and the browser seems to be working fine. But I saw some features which were slated to be in Firefox 2, which is confirming my belief that the download available at this location is of Firefox 2.

Some of the new features in this version

1. First thing you will notice is that now you have a close button for each tab (similar to the one in IE7 Beta) 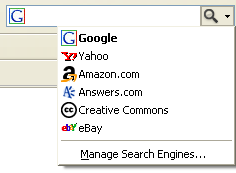 3. Another improvement is with themes and extensions management. It has been merged in a single window accessible from the Tools/Add-ons menu.

4. Feed Handling has been improved in the sense that now other than the Live Bookmarks of Firefox, you can specify the feed to be handled by a custom application such as Bloglines, Google Reader, My Yahoo 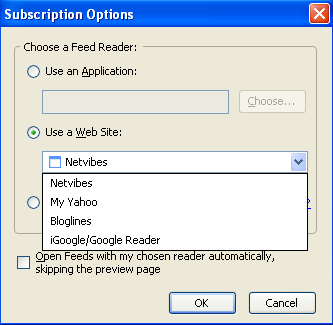 5. Now you have an inbuilt spell checker which can be used when you fill up forms. 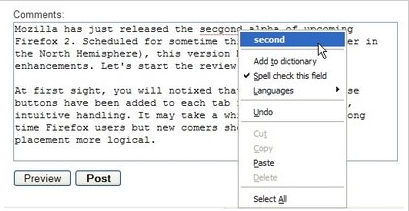 6. Also there is a option to restore session in case the browser crashes. All the windows that were open before the crash are restored automatically.

Download Bon Echo (The name might be Minefield, but this installable is of Bon Echo I believe). If you guys know of the location of Bon Echo Release let me know.