After a long time I landed in PVR today, with the intent of watching “The Da Vinci Code”. I went at around 7 and I was pretty sure of getting a seat for the 10 PM show. I was surprised to find that it was a total sellout for the complete day. The movie is already in its second week and I expected the crowd to be less. Damn ! I hope I can see the movie before Karnataka also decides to ban the movie. 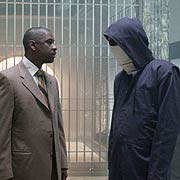 Inside Man was another movie that released this week. The trailers had definitely raised my interest and it was also a movie directed by Spike Lee. (I liked the 25th Hour movie directed by this guy. Amazing movie !)

Luckily the tickets for this movie were still available. The movie started with an unexpected music ! Yes they used the “Chayya Chayya” song by A R Rahman. In fact it also ended with the mashed up version of the same song.

Unlike most movies I have seen in the bank robbery genre, this one stands out as a bit more creative and unpredictable. The cast was Great – Denzel, Jodie and Clive Owen. Same goes for the performance. In a typical Spike Lee style, there are quick takes on racism and violence in video games. The ending is one of the highlights of the movie (much like in Shawshank Redemption).

There were few scenes which I couldn’t understand completely while watching the movie. The link at Wikipedia did clear a lot of things. The only thing which I still couldn’t comprehend was the title of the movie: “Inside Man”.

(Note: If you have not watched the movie, I’d recommend NOT to click on the above link, since the complete story of the movie is in there.. )

So If you guys have missed the movie.. it’s never too late . Go watch it !