Google today announced the testing of a new feature in Picasa through which user can share photos online. The feature is called Picasa Web Albums.

Picasa is Google’s free desktop photo management software, and I have been using this for quite some time, Other than the basic organizing features, I especially like the “Timeline” feature in Picasa.

With Picasa Web Albums you can pick a bunch of your photos from and upload them into a web album in a couple of clicks. Once they are online, it’s pretty easy share them – just click the “Share” button.

Here is what you need to do to share photos online using Picasa: 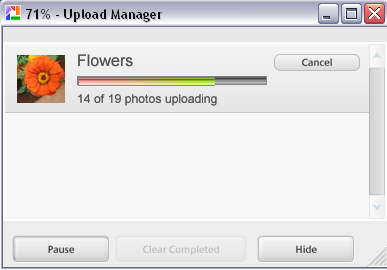 If you want more space, you have to shell out 25$/year and you get 6 GB of storage. (Even Flickr’s Pro account costs the same )
One of the nice feature while viewing the photos online is the way you can flip through the photos using arrow keys. Its pretty fast since photos are pre-fetched.

Here is a look at the options available for a online album. 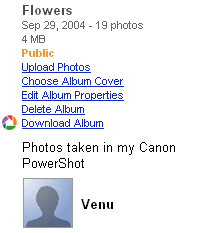 There are other features such as “Slideshow” . “Organize” etc. More is available at this link. The only downside I see is the 250 MB storage limit and the need to pay 25$ for extra storage.