Microsoft has released the Beta 3 of IE 7 Browser. I did try the Beta 2 of IE7. Most of the feature that are already there in

Firefox/Opera has been added in IE7. The only feature that I liked the most is the ClearType font rendering technology used in the browser.

ClearType is a software technology developed by Microsoft that improves the readability of text on existing LCDs (Liquid Crystal Displays), such as laptop screens, Pocket PC screens and flat panel monitors. With ClearType font technology, the words on your computer screen look almost as sharp and clear as those printed on a piece of paper.

ClearType works by accessing the individual vertical color stripe elements in every pixel of an LCD screen. Before ClearType, the smallest level of detail that a computer could display was a single pixel, but with ClearType running on an LCD monitor, we can now display features of text as small as a fraction of a pixel in width. The extra resolution increases the sharpness of the tiny details in text display, making it much easier to read over long durations.

The same technology is also used in Microsoft Office 2007 and in Windows Vista.

My Tryst with the Upgrade

I tried to download the Beta3 from my Windows Vista OS. However the WGA(Windows Genuine Advantage) couldn’t recognize the Vista OS. Later I saw that the installable was specifically released for Windows XP. I couldn’t find the update for Vista though.

I downloaded the same in my Office PC and ran the setup. I got a message saying that IE 7 is already installed !! Yup the release doesn’t upgrade the old Beta 2 of IE. So I had to Uninstall IE 7 Beta 2 – Restart PC – Install IE 7 Beta 3 – Again Restart ! Phew !! 🙁

I didn’t find much change in the latest release. Only thing noticeable was the change in icons. And on the performance front, it’s the same as Beta 2. I somehow find IE7 much slower than IE6 while opening pages (This is even after disabling the Phishing Filter) 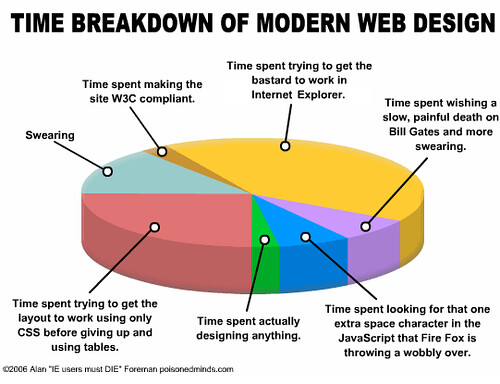